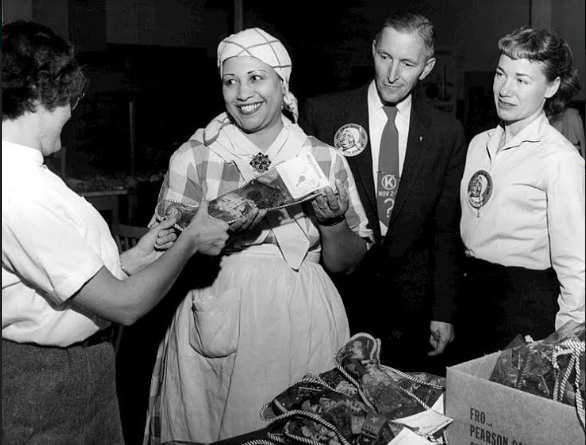 In 2020, Quaker Oats announced it would remove Aunt Jemima from its syrup and pancake mix brands. This was the culmination of a struggle begun in the 1960s by the NAACP. Professor Robinson researched the history of Aunt Jemima, and of Edith Wilson, the actress who portrayed the character (and who was related to the model for Harriet Beecher Stowe’s character Eliza). Wilson convinced Robinson that there was nothing degrading about the Aunt Jemima role, and that African American women’s culinary prowess should be a source of pride.

Credits: Recorded by Jude McGee in 1994. Edited and updated to 2020 by Frieda Werden.

The n-word appears in a description of racist products; for this edition, it has been bleeped.