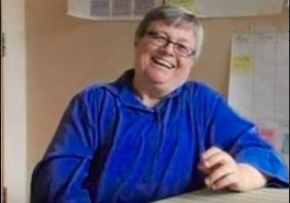 From the WINGS archive, two leaders in the movement to stop domestic violence, share their experience and ideas on topics like why batterers often get custody of children, whether and how batterers can change, and how misogyny is like racism, encouraged by society and requiring self-awareness to work on.

Host(s): Anne Lewis
Featured Speakers/Guests: Deborah Tucker co-founded the US’s National Center on Domestic and Sexual Violence. Ellen Pence co-founded Praxis International, a nonprofit that works to stop violence in the lives of women and children. She developed programs for police training and domestic violence offender rehabilitation. The two were jointly interviewed by Anne Lewis for her 2001 documentary film Shelter.

Comments: Adapted from WINGS #20 and 21-2001, titled Shelter, Parts 1 and 2. Helpful information can be found on the organizations’ websites, ncdsv.org and praxisinternational.org