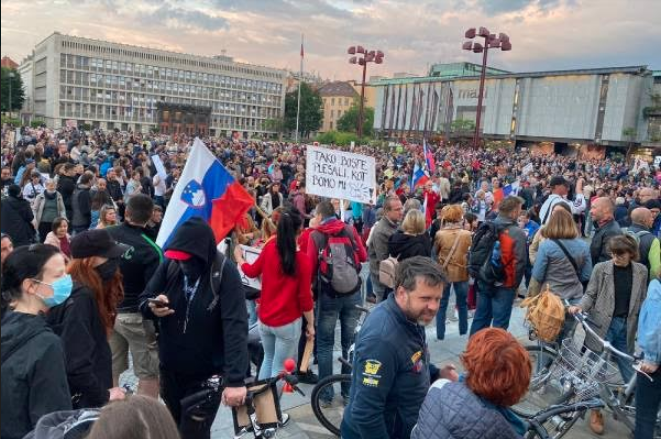 Slovenia is a social democracy that was the first to secede from the Yugoslav Federation. It has relatively good conditions for women, including abortion legalized in its Constitution.  Just after COVID-19 arrived there this spring, its Parliament changed hands without an election, from a neoliberal-headed coalition to one led by a right-wing proto-fascist ally of Hungary’s Orban. Angry members of the public have been demonstrating for more than 10 weeks.

Jiselle Hanna of the Australian program Accent of Women interviewed Nika Kovač – Director of the 8 March institute, which researches social divisions and political economy, using feminist theory, and is also involved in direct collective action. Updated and adapted for WINGS.