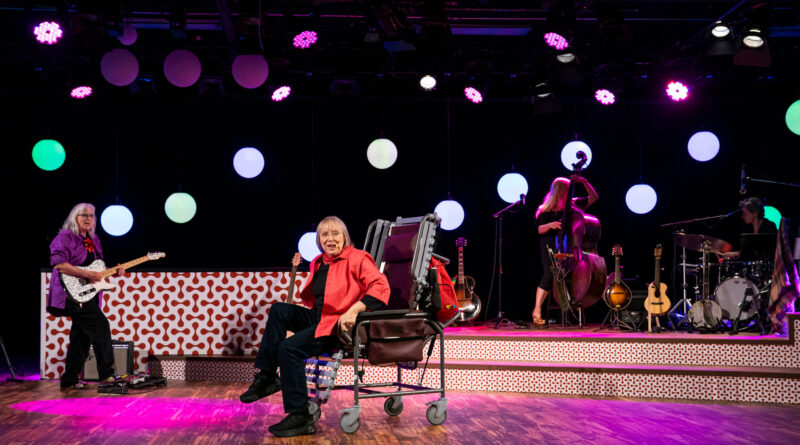 In the film ALL WIGGED OUT, Grammy Award-winner Marcy Marxer uses her renowned musical mastery and eclectic wit, storytelling, and comedy to share her firsthand experiences with breast cancer. She and partner Cathy Fink joined host Arlene Zaucha in a recent episode of Her Turn, a collectively produced feminist show that has been airing on community radio WORT-FM in Madison, Wisconsin, since 1976. Songs are from the film.

Music credits: The theme Her Turn uses at the beginning of the show is called “Switchin’ In” by Junko Onishi on the Cruisin’ album. Songs from All Wigged Out are on the album of the same name: “All Wigged Out” and “Car Wash” are by Marcy Marxer; “Two Peas in a Pod” is by Cathy Fink and Marcy Marxer; “Unsolicited Advice” is by Ken Whitely.  The WINGS sound logo is from “A River of Birds” on Libana’s album A Circle Is Cast.