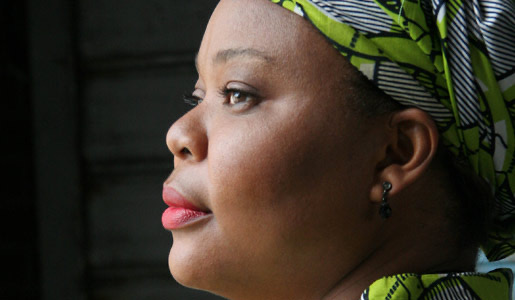 Shortly before she was announced as a Nobel Peace Laureate, Leymah Gbowee was on a book tour in the US. She gave Janie Rezner of Women’s Voices a passionate and wide-ranging interview about herself, her children, and how women need to get over our socialization to stay out of politics and just support the men.

Host(s): Janie Rezner, host of Women’s Voices
Featured Speakers/Guests: Leymah Gbowee [pronounced LAY–mah, BEAU-wee] led the movement of Liberian women to force a peace agreement, which was documented in in Abigail Disney’s film Pray the Devil Back to Hell. Gbowee authored the book Mighty Be Our Powers. She continues to work with women to make peace across the African continent and the world.

Comments: Now, more than ever…