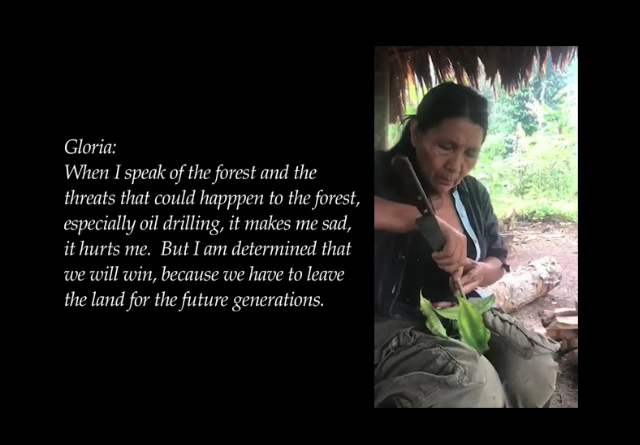 It was 1920 when the first international oil corporation entered the Amazon region. The struggle against destructive extractive industries has been passed down from generation to generation among peoples of the rainforest, meeting violence not only from the industries, but also governments and the church. They sometimes achieve remarkable victories, and they are determined to sustain their culture and way of life, as well as life on earth.