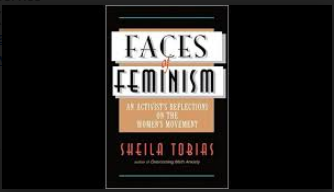 Sheila Tobias gives highlights from her book Faces of Feminism: An Activist’s Reflections on the Women’s Movement. She recalls a widespread unity in the early 2nd Wave that broke down over the issue of sex roles, pressure from the right, and divisions among feminists. Originally released in 1997, under the title WINGS #32-97 Equality and Sex Roles.

Credits: Recorded and edited by Frieda Werden for WINGS