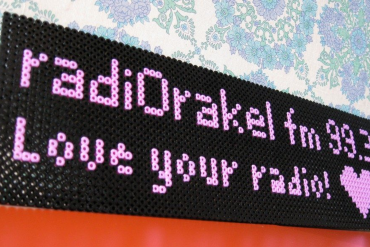 Founded in 1982 and still on the air, RadiOrakel is said to be the oldest feminist radio station in the world. Two active station participants spoke to Frieda Werden in 2000 about the model for their station’s success, which includes factors like location, voluntarism, freedom from funding constraints, and a persistent positive attitude towards new recruits. The interview took place at an AMARC Europe conference in Balatonfured, Hungary.

Host(s): Frieda Werden
Featured Speakers/Guests: Liv Gulbrandsen, 26 years old at the time of this interview, was an enthusiastic reporter at RadiOrakel. She went on to become become active in other forms of media and in politics. Ingrid Warglum, then almost 22, was the Editor in Chief of RadiOrakel in 2000 – a voluntary, and rotating, leadership position.

Comments: At 39 years of age, RadiOrakel is still broadcast in Oslo at 99.3 FM, and its livestream and archives can be found at radiorakel.no