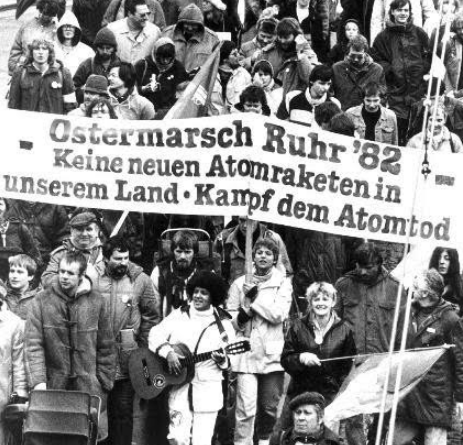 Her mother was German, her father a Liberian diplomat. When the Nazis came to power, young Fasia Jansen was sent to work in a concentration camp. She would become one of the great singers and songwriters of the international peace movement. The program intersperses singing with narration.

Credits: Interview with Ellen Diederich recorded and edited by Frieda Werden. Music, mostly composed for peace marches, is used by permission of the Peace Archive and is all from Fasia’s first album, Fasia: “Los, Kommt Mit” – Ostermarsch-Lieder An Der Abschussrampe.

Comments: The songs are mostly in German. Ellen Diederich has written out the lyrics in German and English translations for WINGS. To obtain copies, email wings@wings.org