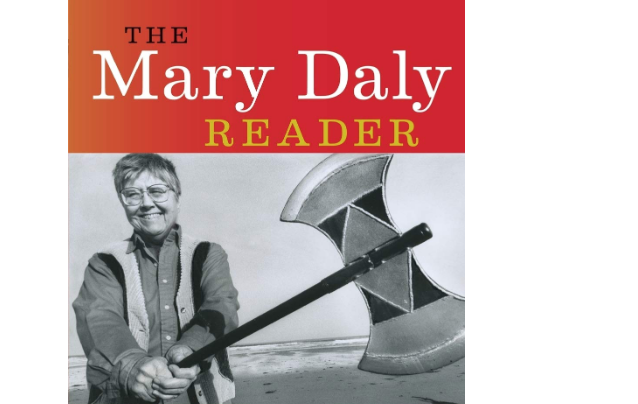 Mary Daly published her final book in 2006, 4 years before her death. Mara Williams (DJ Cariad), a programmer at KDVS campus radio, crossed the feminist wave generation gap to interview Daly – who explained, among other things, how rage can make you happy.

Host(s): Mara Williams (DJ Cariad)
Featured Speakers/Guests: Mary Daly, a Catholic theologian born in 1928, became a fierce feminist critic of patriarchal religion.  Her first books were The Church and the Second Sex in 1968, and Beyond God the Father in 1973.  Her later works were famously full of outrage and playful language. In 1999, Daly lost her job at Boston College for insisting on teaching a class to women only.  The last of her 9 books, released in 2006, is titled Amazon Grace: Re-Calling the Courage to Sin Big.  Mara Williams (DJ Cariad) reached across the generation gap to talk with Daly about it on campus radio KDVS at University of California, Davis.

Credits: Interview and preface to the recording are by Mara Williams, WINGS series editor Frieda Werden.