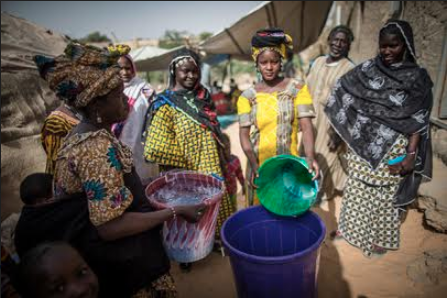 On 28 July 2010 the United Nations General Assembly declared safe and clean drinking water and sanitation a human right. Maude Barlow explains how this declaration passed and how it has been used to actually claim the right to water.

Host(s): Frieda Werden
Featured Speakers/Guests: Maude Barlow is the Honorary Chairperson of the Council of Canadians and chairs the board of Washington-based Food and Water Watch. From 2008–2009, she served as Senior Advisor on Water to the 63rd President of the United Nations General Assembly and was a leader in the campaign to have water recognized as a human right by the UN. She is also the author of dozens of reports, as well as 19 books, including Blue Gold, Blue Covenant, Blue Future, and (in 2019) Whose Water Is It Anyway?

Credits: Recorded and edited by Frieda Werden. Thanks to the Denman Island Readers and Writers Festival, for permission to record.