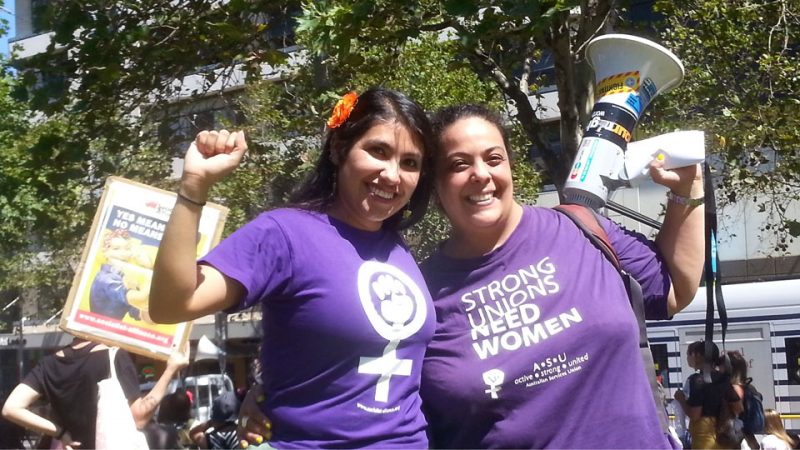 Jiselle Hanna is a trade unionist, feminist, anti-racism activist, a socialist and a community broadcaster.  Jiselle has been at Community Radio 3CR since 1999 and in this time has produced many different programs, all with a current affairs and social justice focus.  She is currently the producer of Accent of Women, a show by and about women of colour in struggle right across the world, and Asia Pacific Currents, a show about trade union and labour movement issues across the Asia Pacific.  She is also a contributing producer of Women on the Line.  Jiselle is one of the lead organisers of Australia Asia Worker Links, a labour movement organisation that builds international solidarity between workers and unions across the Asia Pacific and Australia.
Photo: Jiselle Hanna (on the right) with Lourdes Larque, Accent of Women producer (on the left)